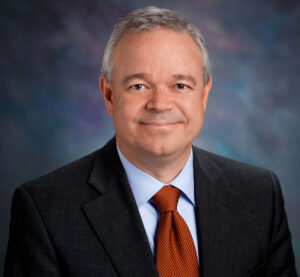 Dr. Matthew Norman is board certified in General and Forensic Psychiatry.  He has been in private practice since 2002.   He is the Vice Chair of the Georgia Composite Medical Board.

With a goal of becoming a forensic psychiatrist, Dr. Norman received his undergraduate degree in psychology from the University of Virginia and completed medical school at Mercer University School of Medicine.  He completed residency and forensic fellowship training at Emory University School of Medicine.  He also held the distinction of serving as Chief Resident in psychiatry at Emory University Hospital.  After training, he co-founded Psychiatric Associates of Atlanta and was a partner in that practice for 19 years.

In his clinical practice, Dr. Norman treats a wide variety of mental health issues utilizing both psychopharmacology and psychotherapy.  He was one of a dozen psychiatrists in Atlanta selected for inclusion in Atlanta Super Doctors®.

In his forensic practice, Dr. Norman has consulted in over 3000 psychiatric cases.  He has been qualified as an expert witness over 200 times in state and federal jurisdictions, including capital cases.

Dr. Norman has continued teaching as an Adjunct Associate Professor at Emory University School of Medicine in the Department of Psychiatry and Behavioral Sciences.  He also teaches on psychiatric topics to a wide range of audiences through lectures and seminars.

Appointed by Georgia’s governor in 2019, Dr. Norman is currently the Vice Chair of the Georgia Composite Medical Board.  He is a past president of the Georgia Psychiatric Physicians Association (GPPA) and currently serves on the Board of Trustees, Continuing Education Committee, and the Awards Committee.  He is a Distinguished Fellow of the American Psychiatric Association (APA) and has served on the APA’s Joint Commission on Public Affairs Committee, the APA’s Committee of Early Career Psychiatrists, and the APA Assembly.  He is board-certified in General Psychiatry with added qualifications in Forensic Psychiatry by the American Board of Psychiatry and Neurology, Inc.

Dr. Norman was GPPA’s 2015 Psychiatrist of the Year and was previously awarded the American Psychiatric Leadership Fellowship.